How would you like another great batch of singles to listen to during this COVID-19 lockdown? You would? In that case here is our fifth 2020 singles round-up.

These five tracks feature another eclectic mix of bands and singers from London, Kent, Queensland (Australia), California (USA) and Brooklyn, NYC via Argentina and Colombia. Three of these acts are new to With Just A Hint Of Mayhem, apart from Glass Peaks and Tei Shi. Treat yourself to a great set of tunes below! 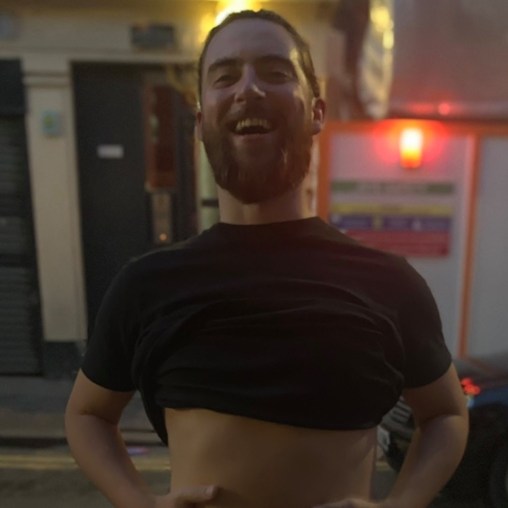 Josh released his first EP, ‘Porky Pies’ three years ago to great acclaim, Tom Robinson is a fan. This track is a stripped-back lo-fi song about coming to terms with getting older when you are still pretty young. His lyrics are spot on and Josh really can tell a decent story via a song. It is as though Jack Johnson wrote a tune using lyrics by Mike Skinner. There is a Jamie T element to his vocal but without that frenetic Jamie pace and that makes Josh come across more easily, he is, without doubt, a great singer. I love this song and I believe it is a portent to greater things to come in the future from Josh Collins.

California’s Pattern Seeking Animals have just released their third single of the year. It is taken from their forthcoming sophomore long player ‘Prehensile Tales’. The music has a mystical eastern feel and cinematic scope with Ted Leonard’s yearning and at times ethereal vocals adding to that beautiful mysticism. There are US east coast things going on here and also a big prog-rock influence. A great song which will I think be a part of a great album. The video, shot during the lockdown, is pretty good too.

This is the first track launched from their new EP ‘It’s Raining On The Wrong Side of The Window’. It is a full-on blast of emotional rock that would compete with the Killers’ best output. Both Morcheeba and the Guillemots have recorded songs with the same title as this, but neither can touch this excellent tune from Glass Peaks. The production is crystal clear and showcases a band that gets better with each release.  Alfie Jefferies conveys every aspect and every layer that could possibly be experienced in a failed relationship in these sublime lyrics.

I was lucky enough to review Tei Shi’s first album ‘Crawl Space’ back in 2017 and it was a great take on modern R & B sound. She has progressed fabulously and her second album ‘La Linda’. This new song takes her to another level, as a listener you are drawn in quickly by the thumping bass synth riff and perfectly syncopated percussion, which may be a drum machine. Her vocals are dreamy as they wash the track. Both the tune and Tei Shi’s vocal style is at times reminiscent of Madonna in her 90s dance pomp, with a little Janet Jackson thrown in. This track has the potential to be a total dance floor banger. The lyrics are pretty dark, but with such a singalong vibe. How about for obsidian dark words, “But I’d run for miles If you said you were waiting, Waiting on the other side, Waiting in the afterlife” She has previously collaborated with Glass Animals and Blood Orange. But right now I reckon she is ready for bigger things and surely global success is just around the corner!

If you like country and you like pop-punk, especially Bowling For Soup, you will love the Ten Ton Tinnies. “Bad Gas Travels Fast In A Small Town” is a potent combination of both genres which you cannot fail to be singing along to after just a couple of listens. The lyrics appear to be about life on the seedier side of the aforementioned fast gas small town. This is the Ten Ton Tinnies first single and frankly, I am already looking forward to their album.