“Sunflower” – Paul Weller – This rather excellent Weller song was one of three singles to be taken from his second solo album ‘Wild Wood’ in 1993. It reached number 16 in the UK.

“I lost My Heart To A Starship Trooper” – Sarah Brightman and Hot Gossip – i suppose of all the tracks here this is perhaps the most embarrassing, but do you know what? I really don’t care, I love this song. It’s also quite an amusing song given where Sarah got her big break (as a dancer with Hot Gossip) and where she went (Star of stage musicals and wife of Sir Andrew Lloyd Weber)

“The Worst Job You’ve Ever Had” – Derek and Clive (aka Pete ‘n’ Dud) – This is obviously not a song and if you are a sensitive soul or easily offended I would strongly recommend that you do not listen to this. OK don’t say I didn’t warn you! This was what I suppose you could call a side project of Peter Cook and Dudley Moore. It ran for a few albums and personally I am neither a sensitive soul nor am I easily offended so I found it bloody hilarious. I recall the first time I heard any of the tracks and exactly where I was at the time. I had started work in October 1975 aged 16, I was based in London Transport’s Bus Schedules Office which was full of bus fanatics a.ka. ‘Frothers’. In those days everyone went to the pub on Friday lunchtime and stayed for a few hours, including those like me who were underage! We regularly visited a local hostelry called the Westminster Arms where the entertainment was provided by a number of young ladies who were clearly too hot as they were always removing their clothes when on stage. The pub clearly couldn’t afford a comedian so in the intervals between the clothes removing girls they played tracks from the first Derek and Clive album over the PA system. So maybe not a particularly interesting story but entirely true.

“Apollo 9” – Adam Ant – Released in 1984 this once the once Stuart Goddard’s last UK top 20 hit when it reached number 13 that year. I’m not sure why he chose Apollo 9 as his title/ subject. Apollo 9 was the third manned mission in the Apollo launches and it was also the first to carry the Lunar Module. It was launched on March 3rd 1969, just a few months before the first successful moon landing with Apollo 11.

“Silver Surfer and the ragged kid are all sad and rusted” October 29, 2010 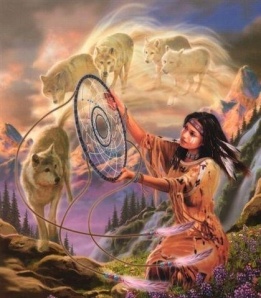 An US Research Scientist recently claimed that science is not very far away from being able to record dreams. His name is Dr Moran Cerf which sounds made up to me. You can probably get some good anagrams from it, I tried and came up with DREAM FOR SNR which I interpreted as dream for senior, i.e. dream for older people, i.e. me!

Read the story on the BBC site by clicking here.

On a bizarre footnote as I was typing this WordPress showed the following proposed tags based upon what I had written; Dream, BBC, Neuron, Science Fiction and Brain. All of which make logical sense, but it also added Marilyn Monroe and the Eiffel Tower. Is it reaching into my dreams? I have certainly dreamt about Marilyn before, mostly in my teens! Anyway I deliberately haven’t added them as tags to this post.

As always this is at heart a music blog so please enjoy the following dream related songs and feel free to add your own via the comments facility. I started out expecting to put a top 10 together and appear to have ended up with 20, not all of which I like incidentally, but I’m sure there is at least one person out there that likes them! There is also one hidden dream song, the first person to tell me what it is and where it is in the post via the comments facility may win a prize!

“All I Have To Do Is Dream” – Everly Brothers. Written by famous husband and wife songwriting team Felice and Boudleaux Bryant in 1958, Don and Phil’s version is probably the most well known although it has been covered by many acts. It was most recently used in the 2010 remake of ‘A Nightmare On Elm Street‘ where of course all Freddie Krueger has to do is dream to be able to kill

“Dreaming” – Blondie – Taken from the ‘Eat To The Beat’ album and released in 1979 and reached number 2 in the UK. As with many of Blondie’s hits it was written by Deborah Harry and Chris Stein. It has been covered by the Smashing Pumpkins, the Posies, Yo  La Tengo and Jeff Tweedy off of Wilco amongst others.

“Dreaming” – Cliff Richard – The same title as the Blondie song but definitely not the same song! Cliff was never massively succesful in the US. “Devil Woman was a big hit and “Dreaming” also made number 10. Cliff is the only artist to have had UK number one hits in every decade since the UK charts began (50s, 60s, 70s, 80s, 90s, 00s). None in the 10s yet though, but I reckon a Christmas team up with an X Factor winner would probably swing it.

“Teenage Dream” – T Rex. Bolan’s chart success had started to wane by the time this was released in 1974, it still made UK number 2 though. It was also the first release that was credited to Marc Bolan and T Rex. It was taken from the wonderfully titled album ‘Zinc Alloy And The Hidden Riders Of Tomorrow‘

“Dream Kid” – Sutherland Brothers and Quiver – Gavin and Ian Sutherland started life as a folk rock duo in the late 60s, they joined with Quiver in 1972 and sadly didn’t have massive chart success. But this song from 1973 remains one of my all time favourites.

“Don’t Dream It’s Over” – Crowded House – It was recorded in LA in 1986 and released in January 1987. The song was written by Neil Finn and was the first of the bands two US Top 40 hits. The song featured in the TV adaptation of Stephen King’s ‘The Stand’. It has been covered by quite a few artists. The Sixpence None The Richer version was very good, the Paul Young version was frankly…..crap!

“Dreams” – Fleetwood Mac – This one’s a true classic from the  ‘Rumours’ album and was written by Stevie Nicks. The song was most famously covered by the Corrs and none other than Mick Fleetwood joined them to sing it at the Royal Albert Hall with them in 1998

“Silver Dream Machine” – David Essex – This was recorded for David’s 1980 film ‘Silver Dream Racer‘. Not one of his better hits in my opinion. What do you folks think? (Especially you Ms Topsom!)

“Boulevard Of Broken Dreams” – Green Day – This was taken from the bands excellent ‘American Idiot’ album. Billie Joe Armstrong wrote the song and was rather amusingly criticised by Noel Gallagher off of Oasis for ripping off one of his songs (the chord progression is very similar to “Wonderwall”)

“Dreamer” – Supertramp. This was from the ‘Crime Of The Century’ album and was released in 1975. The B Side was another brilliant song; “Bloody Well Right” which was released as a single in its own right later that year.

“I Had Too Much To Dream (Last Night) – Electric Prunes – Perhaps one of the most fondly remembered psychedelic bands from the 60s. They had a song, “Kyrie Eleison” included on the ‘Easy Rider’ soundtrack. The band reformed in 2001 and are still touring.

“Daydream Believer” – Monkees – The song was written by John Stewart and the lead vocal was sung by Davy Jones. It was an US number 1 but only managed number 5 in the UK. Despite being effectively a manufactured boy band all four members actually played or sang on this song.

“In Dreams” – Roy Orbison – The song was written by Orbison himself and he was able to demonstrate his amazing vocal range, he sings across two octaves. Roy said that the song came to him while he was a sleep and presumably while he was dreaming. David Lynch used the song in his film, ‘Blue Velvet’

“Never Had A Dream Come True” – Stevie Wonder – The song was released in 1970 before Stevie was able to take control of his own career, so it was not one of his own compositions. It was however a co-composition written along with Motown staff writers Henry Cosby and Sylvia Moy. The song was covered by the Jackson 5 for their first album.

“Island Of Dreams” – Springfields – The group formed in 1960 when Mary ‘Dusty’ O’Brien and her brother Dion O’Brien teamed up with Tim Field. They all took on the Springfield. And that dear readers is how Dusty Springfield came to be!

“Teenage Dream” – Katy Perry – The same title as the T Rex song, but not the same at all. It was the second single taken from her 2010 album of the same name, following the worldwide smash that was “California Gurls”. I wonder if she’ll use her married name in future? Actually Katy Brand doesn’t sound bad does it?

“Sweet Dreams (Are Made Of This) – Eurythmics – This gave the band their only US number one when it was released in 1983. Marilyn Manson recorded an excellent cover of the song in which he changed some of the lyrics, adding lines like “I wanna use you and abuse you/I wanna know what’s inside you.”

“Any Dream Will Do” – Jason Donovan – The song was written by Tim Rice and Andrew Lloyd Webber for their 1968 musical ‘Joseph And The Amazing Technicolour Dreamcoat‘ which has gone on to massive success on stages all over the world. At various times it has been sung by everyone from Philip Schofield to Donny Osmond.

“Dreaming Of Me” – Depeche Mode – This was the bands first single and was released in the UK in February 1981, strangely it was never commercially released in the US. It was written by Vince Clarke who went on to form Yazoo and Erasure.