Hello good people of the blogosphere. The regular readers amongst you may have noticed that I have been posting for a couple of weeks, that is largely because I have been on holiday in Spain. A rather lovely place nestled about halfway between Alicante and Valencia. It is called Javea and is also spelt as Xabia in Spanish, the strange thing is though that it is pronounced with an ‘H’ as in Havea. one of the reasons that I loved the place is that it is not over developed and there are hardly any English Pubs. Is there anyone out there who actually likes the idea of English pubs when abroad? Most of the UK Travel Guides give barely a mention of Javea, possibly because it is quite a popular resort with the Spanish, so maybe it is wise to keep it a secret. Catwoman and I stayed in a villa that we rented at ‘mates rates’ from friends, from there we could walk into town within 25 minutes and the drive took 5 to 10 minutes. It was great to be sitting by the pool or on the beach with the temperature in the 90s whilst the UK was very cold and wet. It was really wet when we arrived back at Leeds/ Bradford airport last night anyway.

I won’t bore you with all the details of the holiday but I will give a special mention to a couple of bars we visited;

Siesta – appropriately named as they let you hire large sun beds with canopies, you almost feel like you’re staying in one of Gaddafi’s tents. Great cocktails, great staff and some excellent chilled sounds.

Jalousie Cocktail Bar – we never sampled their proper cocktails, but the non-alcoholic ones were delicious as were their milkshakes.

Atalaya – probably one of the most chilled bars in town, you can relax in comfy sofas and look out over the sea and the beach while you drink and eat. The staff were great here too.

Obviously I need to bring this back around to music so here are a few things that happened in the music world while I was away. I haven’t done much research on these, they were in the UK newspapers that I bought or I picked them up from an occasional visit to the BBC site or just spotting other people’s newspaper headlines. I must say though that most of the news revolved around the Pope’s visit, so I’m damned glad I was out of the country. 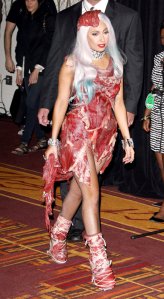 I wonder what Morrissey thought of it?

Lady Gaga – the lady did wonders for my viewing figures while I was away, just over 30,000 in two weeks including a one day record of more than 6,000. She won 8 of her 13 nominations at the MTV awards and to celebrate she wore a meat dress. I guess she was putting her ‘steak’ in the ground or maybe she was bringing home the ‘bacon’ or giving the ‘cold shoulder’ or simply just ‘hamming it up’. Anyway it appears to have provoked a lot of debate about what meant, frankly though who gives a toss about its meaning? She is a wonderfully talented fruitloop and therefore fully qualified to grab attention in such a way and long may she continue! The BBC report includes a number of interpretations which are quite amusing in their seriousness, click here to read it.

George Michael jailed (and transferred) for driving under the influence (of dope in this case). He started off in Pentonville and was then transferred to a ‘softer’ prison. Pete Doherty and Boy George have both previously spent time in Pentonville. I have so far received many George Michael jokes as I suspect has everyone, but I won’t print those here. However the picture below is a superbly intelligent piece of graffiti. It shows the shop front of the Snappy Snaps shop that George hit with his car. 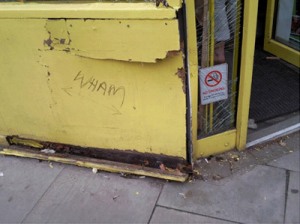 Apparently Susan Boyle and Michelle McManus were booked to sing for the Pope, although apparently he was already on his way out of the building when Susan was singing. That’s bloody rude isn’t it? Still at least he has now left the shores of our little third world country. Presumably he’s back in the Vatican now drafting a letter telling all those kiddy fiddler priests that they have been jolly naughty and not to do it again or they will be grounded for a week!

Alphonsus Cassell aka Arrow of “Hot Hot Hot” fame has died from brain cancer at his home in Montserrat. Now I reckon a Facebook campaign to get the song to number one should be kicked off, what do you think? Here he is singing the song at a benefit for Haiti in April this year.

Sacha Baron Cohen is chosen to play Freddie Mercury in the Queen biopic. The film will apparently focus on the years leading up to what many see as the pinnacle of Queen’s career, their appearance at Live Aid in 1985. Personally I think that is a great choice, I reckon Mr Cohen will really do the role justice, what do you folks think? Here are Queen at Live Aid with, appropriately for this post, “Radio Ga Ga”

I want to finish with the stupendous new song from Cee Lo Green off of Gnarls Barkley, it’s called “Fuck You” and I love it. there will be a more radio friendly version available soon, called “Forget You” 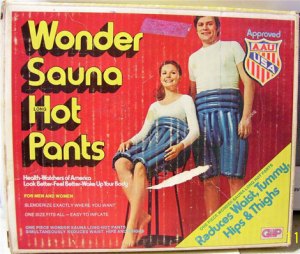 This option would have been one hell of a lot safer

There is every possibility that some of you may see this as a sick choice of subject, so for that let me apologise up front. But as my good friend Fraser Matthews once said to me “Billy Boy, you are one sick puppy!” Anyway the story concerns this years 12th (and almost certainly last) annual Sauna World Championship. Basically it’s about who can stay in the sauna for the longest at temperatures of 110C. The two men who got through the heats (pardon the pun) this year were the reigning champion and five time winner Timo Kaukonen from Finland and Vladimir Ladyzhenskiy of Russia. After six minutes in the final officials noticed that there was something wrong. Ladyzhenskiy was dead and Kaukonen had suffered severe burns. Are people so bored that they have to see this as a sport? It’s bloody mental in my opinion. But here’s the sick part, it got me thinking about heat songs, so after you’ve read the story on the Beeb and the Guardian I hope you enjoy my heat selection!

Click here to read the story on the BBC

Click here to read the story on the Guardian

“Some Like It Hot” – Power Station. Featuring one of the best white soul voices ever in my opinion, Robert Palmer and some random dudes off of Duran Duran (John Taylor and Andy Taylor) and some more randomers from Chic (Tony Thompson and Bernard Edwards)

“The Heat Is On” – Glenn Frey. Frey co wrote many of the Eagles greatest songs with Don Henley and also sang lead vocals on plenty of them. He once fronted a duo with J D Souther (in 1969) who were known as Longbranch Pennywhistle. “The Heat Is On” is taken from Beverly Hills Cop which starred Eddie Murphy

“Hot, Hot, Hot” – Arrow.  An excellent party song which was written and produced by Montserrat musician, Arrow (aka Alphonsus Cassell). It has been covered by many people including David Johansen off of the New York Dolls using his Buster Poindexter alter ego

“(Love Is Like A) Heatwave” – Martha & The Vandellas. A classic Motown track and one of the many hits penned by the Holland Dozier Holland writing team. The song was well covered by Linda Ronstadt. It was also used to great effect in the blood collection scene in the movie adaptation of Stephen King’s ‘Carrie’ which starred John Travolta.

“Drop It Like It’s Hot” – Snoop Dogg featuring Pharrell. Snoop was known as Calvin Broadus although his parents did give him the nickname Snoopy because they felt there was a resemblance to the Charles Schultz creation.

“Melt” – Siouxse & The Banshees. Her parents named her Susan Janet Ballion (although I have seen it noted as Dallion). Her Mum was a bilingual Secretary but her Dad had what must have been quite a unique job, he was a laboratory technician who milked serum from venomous snakes in the Belgian Congo!

“Burning Love” – Elvis Presley. The song was written by Dennis Linde and first recorded by Arthur Alexander. Presley’s version came out in 1972. It is one of my favourite Elvis songs from his later years

“Canned Heat” – Jamiroquai. Taken from the album ‘Synkronized’ the song reached number four in the UK Chart and made it to the top of the US Dance Chart. It was also used prominently in the film ‘Napoleon Dynamite’

“Hot In Herre” – Nelly. Also known as Cornell Haynes Jr, Nelly had quite a prolific output in the noughties. This song title was somewhat deliberately misspelled a little like most of Slade’s early 70s output. The song uses the hook from Chuck Brown’s 1979 hit “Bustin’ Loose”

“Disco Inferno” – Trammps. A classic disco song which was also featured on the Saturday Night Fever soundtrack. I remember once talking to my Dad about having this song played at your funeral if you were being cremated. Well we never played it at my Dad’s funeral, but who knows? There might be room for it at mine! 😉