Jon Bon Jovi has been the subject of a death hoax this week. It was falsely claimed that the 49-year-old had died of a heart attack. He went so far as to post a picture of himself posing in front of a Christmas tree on-line with a card reading “Heaven looks a lot like New Jersey Dec 10th 2011 6.00″

There have been many music related death hoaxes. Perhaps the most famous was the Paul McCartney is dead stories in the 60s. Apparently one of the clues to this was the fact that Paul was barefoot on the cover of the ‘Abbey Road’ album. There have been a couple this year too. Mick Jagger and Justin Bieber. It was claimed that the Biebertron had been shot by a publicist and killed in a car crash. As far as I know Jon, Paul, Mick and Justin are all alive and well. But perhaps Jon Bon Jovi is just “Living On A Prayer” or maybe he is “Wanted Dead Or Alive” anyway he has now declared “It’s My Life” 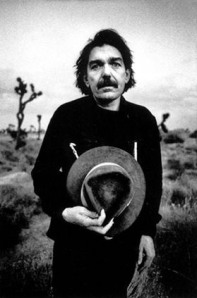 A random selection of news is heading your way in this post. Starting with the sad news that Don Van Vliet also known as Captain Beefheart has died aged 69 from complications brought about by multiple sclerosis. Read the BBC report here. It would be fair to say that he wasn’t everyone’s cup of tea, but it’s hard to deny his influence and innovation. It took me a while as a teenager but I did get into ‘Trout Mask Replica‘ indeed I now have a CD copy of the album. He was a contemporary of Frank Zappa and Zappa Plays Zappa played “Willie The Pimp” in his honour the night his death was announced. 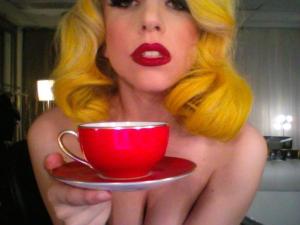 Lady Gaga possibly not everyone's cup of tea either

At least we know what she did with Santa's beard 😉

I haven’t posted about Lady Gaga for a while so here goes with news on the Lady GG. She is set to appear in the new Muppets movie along with the likes of Dave Grohl off of Nirvana and the Foo Fighters, Jack Black and Ricky Gervais. She has also been named MTV Woman Of The Year for the second year in a row. She also had an Ozzy Osbourne moment at her London O2 show the other night. A stuffed Santa toy was thrown on stage by a fan, she picked it up and made a comment about hating Christmas and then bit the toys head off! I don’t know about you but I love rock and pop stars to be real fruitloops like Lady Gaga. Read the Santa murder story here. 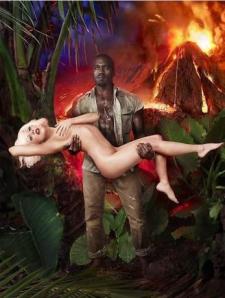 Gaga gets jiggy (ish) with Kanye?