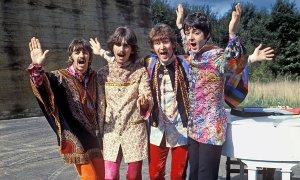 Have you ever wondered what the shortest song recorded and released by the Beatles was? Well wonder no more while I bring you the top five shortest Beatles songs; As is customary they are in reverse order and you should imagine a Ringo drum roll while you are reading the list.

While we’re at it do you know what the longest Beatles song to be released was? I bet you’re all thinking “Hey Jude” aren’t you? Well you’re wrong. The longest song the band ever released was “I Want You (She’s So Heavy)” which takes up seven minutes and 47 seconds of ‘Abbey Road’. “Hey Jude” sits just behind at 7:11. However the longest track the group ever released was the rather weird and sometimes scary sound scape “Revolution No. 9” from ‘The White Album’. It lasts a whopping 8 minutes and 22 seconds. For me that track is best listened too at high volume with headphones in a dark room late at night. What do you think? 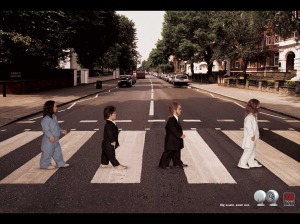 The working title for the Beatles classic “Yesterday”, well at least until the lyrics were completed, was ‘Scrambled Eggs‘. I’m sure that many of you know that already. But did you know that Paul McCartney also tried to collaborate with Delia Derbyshire of the BBC Radiophonics Workshop. Delia created the Doctor Who theme and McCartney wanted her to replace the string quartet of “Yesterday” with a full on electronic sound. 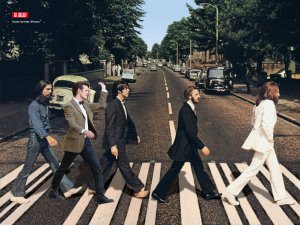 If that had happened maybe Kraftwerk, Can and the like would not be seen as influential as they are. Imagine if the Beatles had also invented electronica. What kind of music world would that have given us? If you want to read this story on the NME site click here. 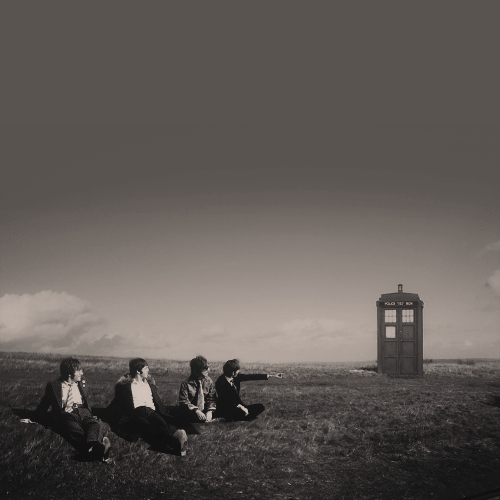 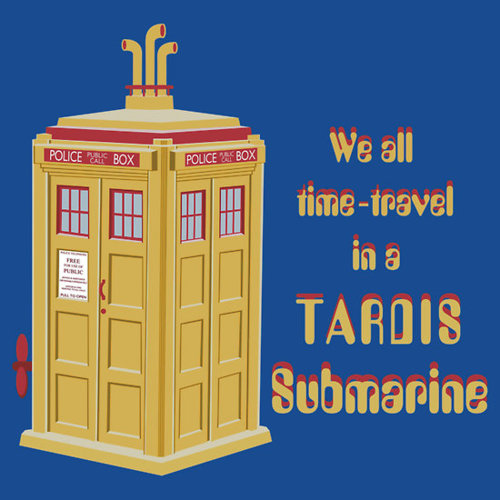 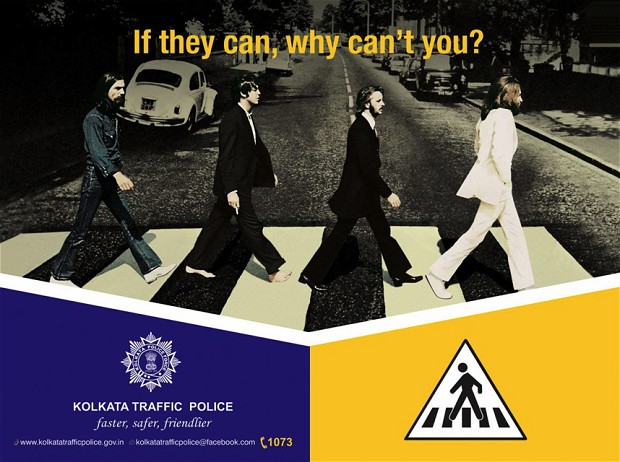 The Beatles have been involved in many things in their time and since their time. But have they ever been a part of a road safety campaign before? well they are now as the Indian city of Kolkata is using the cover image from the ‘Abbey Road‘ album to drive their latest road safety campaign. With the catch phrase ‘if they can do it so can you’.  Click here to read the story on the BBCNews site. 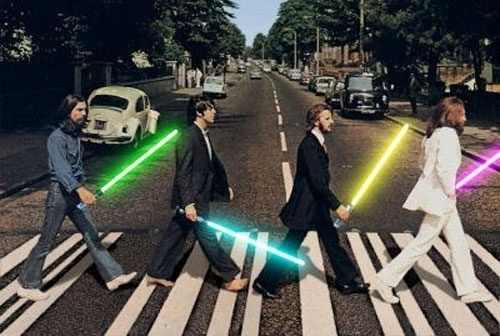 It kind of fits with the group’s interest in the eastern philosophies in a very loose kind of way don’t you think? I wonder if the Kolkata version of the Green Cross Code man might be the Maharishi Roadjunction? Do you know of any other rock and pop stars that have been used in safety campaigns of any kind? 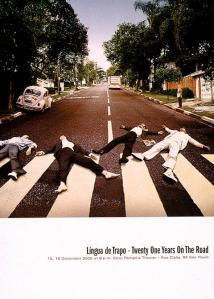 Jon Bon Jovi has been the subject of a death hoax this week. It was falsely claimed that the 49-year-old had died of a heart attack. He went so far as to post a picture of himself posing in front of a Christmas tree on-line with a card reading “Heaven looks a lot like New Jersey Dec 10th 2011 6.00″ 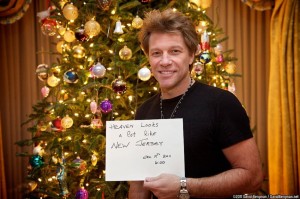 There have been many music related death hoaxes. Perhaps the most famous was the Paul McCartney is dead stories in the 60s. Apparently one of the clues to this was the fact that Paul was barefoot on the cover of the ‘Abbey Road’ album. There have been a couple this year too. Mick Jagger and Justin Bieber. It was claimed that the Biebertron had been shot by a publicist and killed in a car crash. As far as I know Jon, Paul, Mick and Justin are all alive and well. But perhaps Jon Bon Jovi is just “Living On A Prayer” or maybe he is “Wanted Dead Or Alive” anyway he has now declared “It’s My Life”

Well I trust that you all had a good Christmas and that your turkey is all used up. Myself and Catwoman certainly ate too much as usual! Anyway I’m back with a couple of snippets of news for you. 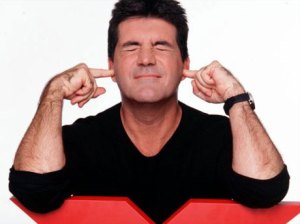 Even Simon Cowell can't stand to listen to most contestants

Firstly I am saddened to report that the X Factor was the most watched show of 2010 on UK TV. Some 17.7 million viewers watched Matt Cardle crowned champion on the final show of the series whilst England versus Germany in the World Cup could only muster 17.4 million. But it would be fair to say that the England team showed as much talent as some of the no talent losers that populate the first few weeks of the X Factor. Eastenders and Coronation Street were 3rd and 4th. You can read the story here on the BBC. Matt Cardle has also managed to stay for a second week at the top of the UK charts. The top ten also features Rihanna, Black Eyed Peas, Take That and Katy Perry who have all had major guest slots on the show. Olly Murs, X Factor Finalists and JLS, all former contestants are in the top 40. In addition part-time X Factor judge Nicole Scherzinger has a top 40 place and there are two for X Factor judge and the Nations Sweetheart Cheryl Cole. So many places taken up by X Factor related stuff, how bad is that? 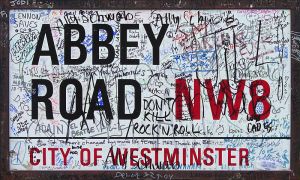 So onto some better news, the zebra crossing outside the Abbey Road studios which was featured on the cover of the Beatles Abbey Road album has been given listed status. This must be the most famous crossing in the world. How many of you have been there and had your picture taken on it? Send them to me and I’d be happy to post them on the blog! The BBC reports the story here. To celebrate listen to the Fab Four below with “Come Together” from that very album. Below that you can also see two other famous crossings, the Simpsons and the Red Hot Chili Peppers 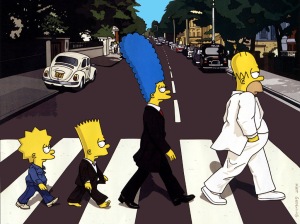 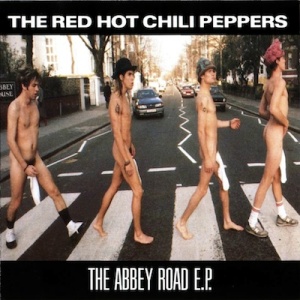 “We would be warm below the storm, in our little hideaway beneath the waves” October 27, 2010 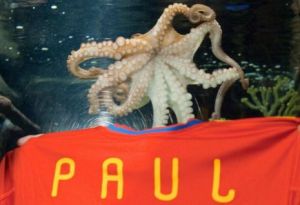 Of all the expected stars in this years football World Cup it was perhaps a rather unexpected and left field star that caught the attention of the world. Who was that? None other than score predictor extraordinaire, Paul The Octopus. I am sad to report that Paul passed away this week at the ripe old age of two and a half, which is apparently a good age for an octopus. 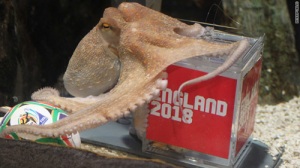 The conspiracy theorists are already at work in suggesting that the real Paul died just before the World Cup Final and an imposter has been in his place since then. The management of the Oberhausen Sea Life Centre in Germany have denied that there ever was a fake Paul. Fake or otherwise Paul certainly displayed far more talent than England, France and Italy combined! 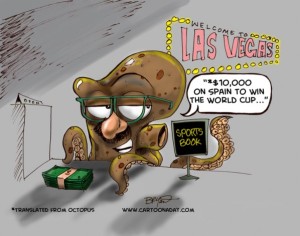 Whilst he was a German resident, Paul was actually born in Weymouth in England. I’m sure he would have played with more pride in the England shirt than any of the World Cup squad did (or should that read World Cup Squid?). Perhaps he was in the process of signing for Manchester City, they seem to buy up anyone in football that is successful and gets a lot of press. With eight tentacles he would surely make a good goalkeeper

Read about his sad demise in the Guardian and the BBC.

Obviously with this being a music blog I can only really finish with one song can’t I? yes it’s “Octopus’s Garden” from the Beatles classic ‘Abbey Road‘ album. Although not the last album they released it was the last one they ever recorded.