“I’d like to say thank you on behalf of the group and ourselves and I hope we’ve passed the audition” May 11, 2021

Other than the Beatles I really hadn’t thought about how many bands have played exclusive gigs on rooftops. But there are quite a few, here is a top ten, but I am not brave enough to rank them, so they are in chronological order. The list includes 4 British acts, 4 US artists, 1 Brazilian and an Irish band. Five of the rooftops, were in the US, four in the UK and one in Brazil. Sadly I never witnessed any of these rooftop shows firsthand, but I have been lucky enough to see six of these acts play live 🙂

1955 Elvis Presley – Porky’s Rooftop, Newport, Arkansas, USA – did the King kick it all off?

1967 Roberto Carlos – Copam Building, São Paulo, Brazil – not the footballer with the same name, this fella was known as the King of Latin Music

1968 Jefferson Airplane – The Schuyler Hotel, Manhattan, NYC, USA – way before they converted to a Starship, they laid the foundations for the city they built on rock ‘n’ roll

1969 – Beatles – Apple Building, Saville Row, London, UK – the last live show the Fab Four ever played. The title of this post is a John Lennon quote from that gig.

2010 Bon Jovi – O2 Arena, London, UK – Jon, Richie and the boys stepped onto the roof of the venue they were playing a residency at

2012 Madness – Buckingham Palace, London, UK – the Nutty Boys played for Her Maj on the occasion of her Diamond Jubilee – Brian May also played the rooftop. Hardly the Pistols riverboat trip back in ’77, but I suppose it’ll do.

2013 Macklemore & Ryan Lewis – Dick’s Drive In, Seattle, USA – I so wish they had played on the roof of a “Thrift Shop”. This wasn’t their only rooftop gig that year, check out the video below.

2021 Bull – EMI Head Office, Kings Cross, London, UK – one of York’s finest showcased their debut album ‘Discover Effortless Living’ with a fab show which was streamed earlier tonight. A small roof for a band, a giant leap for bandkind! Terrible pun I know, but trust me, Bull really are destined for great things!

Given that it was 1955 and there was no social media there appears to be no footage of Elvis’ roof top gig. Bull’s marvellous set is not on YouTube yet, but click here and it might still be available on their Facebook page 🙂 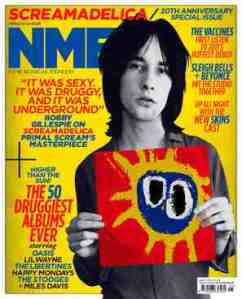 I was reading an article in last weeks NME in which they listed their view of the 50 druggiest albums ever recorded. Most of the usual suspects are included with Primal Scream‘s ‘Screamadelica’ making it to the top of the pile (or the bottom of this reverse order listing of course). The article also included a number of great little pieces of trivia. The one that really amused me was Fleetwood Mac, included at number 29 with their 1979 album ‘Tusk’. Apparently they were so full of coke they agreed that the album title would be the nickname that drummer and founder Mick Fleetwood called his todger. Whilst most normal people use simple terms like willy or cock, Mr Fleetwood prefers to call his manhood Tusk. Is it made of ivory with a sharp point? You have to hope not for any of his girlfriends or wives. So, and I may well regret this, what do you call yours? 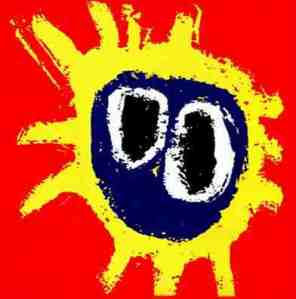 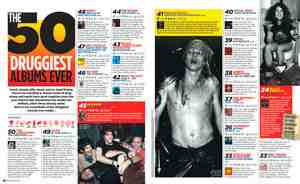 Hello again good people and also to anyone not in that category! I’ll kick off with some news. Yesterday on BBC Radio 2 Rob Dryden hosted a countdown of the Top 75 songs that have been heard in public places in the UK. So that would include cafes’ restaurants, pubs and the like. The chart was compiled by PPL a music licensing company. The top 10 was as follows;

3. Everly Brothers – All I Have To Do Is Dream
4. Wet Wet Wet – Love Is All Around
5. Bryan Adams – (Everything I Do) I Do It For You
6. Robbie Williams – Angels
7. Elvis Presley – All Shook Up
8. Abba – Dancing Queen
9. Perry Como – Magic Moments
10. Bing Crosby – White Christmas
Some good songs in there, but Robbie…… give me a break! Robbie even tied with the Beatles for most entries in the top 75 with three. I really don’t like that Bryan Adams song either. But fair play to Procul Harum though, “A Whiter Shade Of Pale” is a great song. Anyway if you’d like to see the whole of the Top 75 just click here 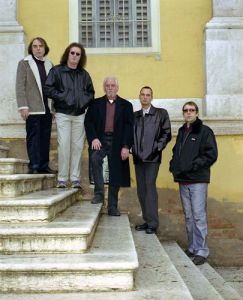 Next some bad news and some good news. First the bad news Phil Spector has been found guilty of murder and will no doubt be held behind something a little stronger than a wall of sound. I suspect that’s the end of Spector’s career now. But then he deserves the punishment if he committed the crime! The good news is that Robbie will not be rejoining Take That according to Gary Barlow. Click on their names for more information 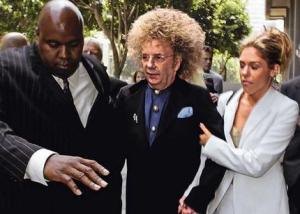 Some even more sad news is that Sandi Thom’s cat Toots has been shot dead near her parents home in Scotland. Click here to read the story. Toots looks a little like my youngest cat Benny. What sort of person would shoot a cat? 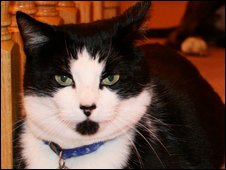 On a brighter note and yes I know it’s yet more shameless promotion of my son Luke’s band, but they are looking for gigs. They will be playing in Abingdon on 24th April. Check them out on MySpace, give them a gig or go and see them and tell them I sent you! They are called Steal The Smile and they are bloody good! 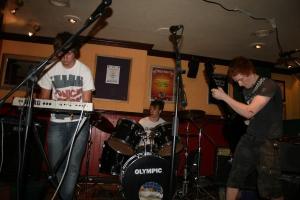 On to the usual stuff for today and let’s try and cheer up after all the glum news shall we? Let’s start by wishing a very happy 67th birthday to Tony Burrows today, April 14th. Many of you probably don’t think that you know who Tony is, but if you read on I think you’ll find that you may be somewhat familiar with him. He was lead vocalist for Edison Lighthouse who topped the UK charts with “Love Grows (Where My Rosemary Goes)” in 1970. He also holds the record for having the most records in the UK top ten at the same time, all under different names. In 1970 in addition to Edison Lighthouse he was also in the Top 10 with “My Baby Loves Lovin'” – White Plains, “Gimme Dat Ding” – The Pipkins and “United We Stand” – Brotherhood Of Man. On one edition of Top Of The Pops in that year he appeared three times, the only act missing that week was the Pipkins, but he did appear with them a week or two later. He was the lead vocalist for First Class in 1974 for their hit “Beach Baby” and he was also a vocalist for the Flowerpot Men on their hit “Let’s Go To San Francisco” in 1967. Here’s one for you fact fans, that group also contained Jon Lord and Nick Simper who went on to become founding members of Deep Purple. Click on the song title to see Tony singing “Love Grows (Where My Rosemary Goes)” on Top Of The Pops in 1970 and introduced by Jimmy Saville 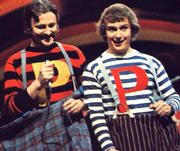 The Pipkins play human scrabble aor go to a fancy dress party as two "P"s in a pod!

On this day in 1971 the Illinois Crime Commission issued a list of ‘drug-oriented’ records which included Jefferson Airplane’s “White Rabbit”, the Beatles “Lucy In The Sky With Diamonds” and would you believe it for the second time today, Procul Harum’s “A Whiter Shade Of Pale”. I’m not sure why they issued this list, maybe they were making recommendations as to what to listen to when smoking a joint. Well whatever it was it’s good to know that the ‘powers that be’ are getting their priorities right……………..NOT! How about getting out and catching some real criminals? 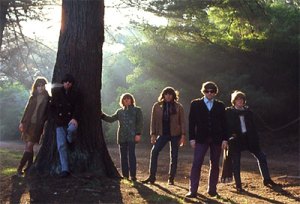 Jefferson Airplane's secret giant cannabis tree would not be secret any longer, the Illinois Police had smoked them out!

On this day in 2003 a man was arrested and accused of making up a Bjork concert and then selling tickets. Alex Conate managed to persuade a San diego night club owner that Bjork had a greed to play a show there. He allegedly sold $14,000’s worth of tickets before he was rumbled. He was accused of taking the money and moving to Hawaii which is where he was arrested. 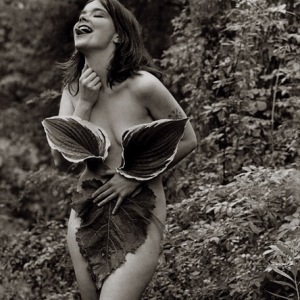 Bjork just wished that everyone would leaf her alone!

And finally for todays ‘onthisday’s in 1975 all the rumour and conjecture about who would replace Mick Taylor as the new guitarist with the Rolling Stones was put to bed. These rumours suggested that Steve Marriott, Jimmy Page, Eric Clapton, Jeff Beck and Chris Spedding may have been considered. But we know that it was all round good bloke Ronnie Wood. Ronnie’s autobiography is one of the best rock biographies I have ever read, if you’d like to try it for yourself just click here 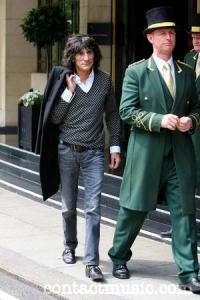 Ronnie was surprised at how well Keef was dressing these days

And now a proper and finally have you seen the new T-Mobile advert where the babies and toddlers are dancing to “Blame It On The Boogie”? It’s a real fun advert, click here to check it out! Check out the original Dancing Baby by clicking here, this is like the one that used to appear on Ally McBeal.