Based upon information released recently it is alleged that the US Government had planned to blow up the moon in the late 50s as a means of intimidating their nemesis in the Cold War, the Soviet Union. After the Russians effectively took the lead in the Space Race with the launch of Sputnik in 1957 it was apparently believed that a show of strength like blowing up the moon would really scare the Russians. Apparently it was called ‘A Study of Lunar Research Flights’ or ‘Project A119‘. Even that sounds a little James Bond like doesn’t it?

It really does seem like a crackpot scheme and it is unlikely at the time that anyone possessed enough in their nuclear arsenal to actually complete the task. At best it might have left the man in the moon looking more like the elephant Man and the satellite’s surface covered in high levels of radiation. In addition any debris that fell to earth would almost certainly have been radioactive as well. 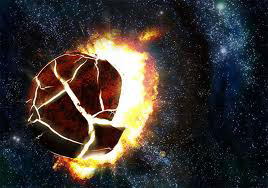 I wonder if this idea came from the same think tank that thought of the idea of using an explosive cigar to blow up Fidel Castro or to rig the voting in Florida in 2000 in favour of Dubya. Ooops wait a minute that second one was true wasn’t it? had it happened then Neil Armstrong probably wouldn’t have been there to utter his famous ‘one step for man’ line. But then again maybe it did happen and didn’t work very well other than to make the moon radioactive. That would certainly give more credence to those people who believe the moon landings were faked and took place in a film studio directed by Stanley Kubrick. 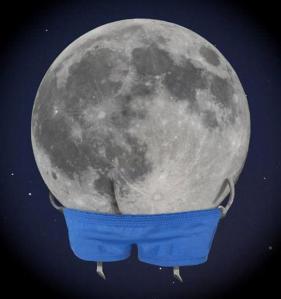 I’d love to know what you think of this incredibly stupid, yet potentially real plan of  Eisenhower’s government. Bearing in mind that his Vice President was Tricky Dicky Nixon, maybe it isn’t surprising! Anyway as I have said many times before so here are a few songs that may not have happened or certainly wouldn’t have been the same had the moon been blown to smithereens, feel free to add your own moon related songs.

Apologies but there are two kiddie fiddlers for the price of one on this next one!

And finally a special Billy Bonus, my favourite track from Pink Floyd’s ‘Dark side Of The Moon’; “Brain Damage”

What a bummer, I missed the train again!

I was reading the news earlier today and I discovered a fantastic longstanding tradition that I had never previously heard of and yet it appears to have started more than 30 years ago. It is the annual Amtrak Mooning in Laguna Niguel in Orange County California. It took place this weekend and started as some kind of bet in a bar. A drinker in the Mugs Away Bar which is opposite the Amtrak rail line offered to buy a drink for anyone who would go out and moon at the next train. One drinker took the challenge and it has grown since then to a point where thousands of people take part every year. Many people even travel on the Amtrak on that day especially to see it. 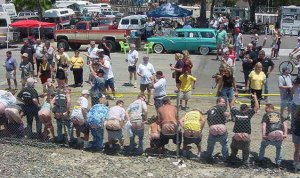 Don't look now but there's a crack on the track!

Here is a video of the Amtrak Moon event from 2005

I think this whole idea is bloody hilarious and maybe we should kick something off like it in the UK, maybe on the platform at Baker Street Station or a bridge over the main east coast rail line in York. Who would be up for that?We already have the Annual Naked Bike Ride in York in June, maybe we can combine it with a rail mooning event.

Strangely I was considering a train related post having visited the National Railway Museum in York yesterday with some friends and their two children. So when I saw the Amtrak mooning story on the Beeb I thought I’d combine the two. So here are a few songs relating to trains or mooning. If anyone knows of a song that actually combines trains and mooning then please let me know.

“Runaway Train” – Roseanne Cash. She is the eldest daughter of the late, great Johnny Cash. Her first, self titled album, was recorded largely in Germany. It was released in 1978 although not in the USA

“Downtown Train” – Rod Stewart. Rod has recently turned down the opportunity to tour again with the remaining members of the Faces and his place is taken by Mick Hucknall of Simply Red. Now I just don’t get that, do you? Glen Matlock off of the Sex Pistols replaces the late, great Ronnie Lane.When speaking of his divorces Rod was allegedly quoted as saying “Instead of getting married again, I’m going to find a woman I don’t like and just give her a house.”

“Long Train Runnin‘” – Doobie Brothers. The fledgling Doobie Brothers were called Pud until a friend noted their fondness for smoking doobies (marijuana cigarettes to those of you who were bypassed by drug culture). So not real brothers at all!

“Chattanooga Choo Choo” – Glenn Miller Orchestra. Mr Miller was born just two months before my wonderful Nan, Rosie Lavinia Schofield in March 1904. She died aged 93 back in 1998. Glen Miller was recorded as missing presumed dead on 15th December 1944 after his plane ditched into the English Channel

“Blue Moon” – Marcels. The group who formed in 1959, were named by Fred Johnson’s (who sang bass)Priscilla, after a popular hair style of the day (the Marcell wave)

“The Whole Of The Moon” – Waterboys. This song was a minor UK hit in 1985, its progress was hampered by singer Mike Scott’s refusal to appear on the BBC’s Top Of The Pops where he would have had to lip sync the song.

“Man On The Moon” – REM, The song is about US comic performer Andy Kaufman. This video is a live performance at a Rock The Vote show and has Michael Stipe duetting with Bruce Springsteen

Good morning/ afternoon/ evening/ night everyone. Incidentally it’s morning for me, I so wanted to sleep but I couldn’t so I’m up before 7am on a Sunday morning. Is that an age thing perhaps? Do I need less sleep now I’m older? OK so before I start I recently borrowed the DVD of ‘Wall-E’ and finally watched it last night, now that is a superb movie. If you haven’t seen it yet shame on you! Here is the Peter Gabriel song “Down To Earth” from the film.

I love this little dude 🙂

OK so now let’s get back to business as nearly normal, starting with a few birthdays. Brian Holland of the classic Motown songwriting team Holland-Dozier-Holland is 68 today, 15th February. He is one of the Hollands in the team (obviously…doh!) along with his brother Eddie and Lamont Dozier. The guys wrote at least 25 US number one singles in a phenomenal career. Check out the Four Tops with “Reach Out I’ll Be There” probably my favourite HDH song. When they left Motown, somewhat acrimoniously in the 60s they went on to set up Invictus Records and wrote another string of hits. It has been alleged that the songs they wrote for the ‘Chairmen Of The Board’, one of Invictus’ most successful groups, would have been recorded by the Four Tops had HDH stayed with Motown. Listen to “Give Me Just A Little More Time” and tell me if you think it would have worked as a Four Tops song. I’m sure it would! And here for the hell of it is the Kylie Minogue version…. and why not? 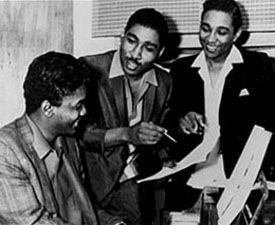 The second and final of the birthdays today is that of Denny Zager (off of Zager and Evans) who is 65 today (according to my books, but Wiki says 18th February), will he live until the year 2525 we wonder though! Yep the Zager and Evans duo could almost define the “One Hit Wonder” phrase (it’s such a shame that Robbie W didn’t stop at one hit!) with their classic 1969 hit “In The Year 2525” The song was at number one in the US charts when Apollo 11 reached the moon in July 1969.

On this day in 1968 the Lennons and Harrisons arrived in India to study meditation with the Maharishi. Paul McCartney and Ringo Starr arrived 4 days later. Ringo left shortly afterwards claiming that it was like a stay in a Butlins Holiday Camp. John Lennon went on to write about their experiences with the Maharishi in the song “Sexy Sadie” from the White Album. He apparently changed the title from it’s original “Maharishi” to “Sexy Sadie” at the request of George Harrison. It was also the last song that Lennon wrote on that trip to India

The Fabs in Rishikesh, India with the Maharishi (aka Sexy Sadie)

On this day in 1961 the Marcels recorded the classic (yes I know yet another classic!) “Blue Moon” Click on the song title to hear the song and watch a most bizarre film accompanying it, it even features Spongebob Squarepants! But back to the Marcels, the group were named after a popular early 60s hair style the Marcell Wave and the lead singer was the wonderfully named Cornelius Harp. That has to be one of the best names in the history of rock!

And finally for today a couple of bands for you to check out and I would love to know what you think of them. Firstly a band I went to see on Tuesday night this week at Fibbers in York. It’s the second time I’ve seen them and they are rather excellent, they are called “Lights In The Sky” check them out on MySpace www.myspace.com/litsband

Also check out Steal The Smile too, they are my son Luke’s band, they’ve written some excellent songs and are looking for gigs, so if any promoters are reading this get in touch with them! Check them out on MySpace www.myspace.com/stealthesmile