As many of you are aware there will be a General Election in the UK in May. Well for the first time that I was granted the legal right to vote in 1977 I really cannot find any politician or party that inspires me enough to put my ‘X’ next to their name on May 7th. What are the main options?

Tories a.k.a Conservatives – I despise this party and I think hell might freeze over before I voted for them and Cameron is an incredibly weak leader in my opinion

Liberal Democrats – like many former Labour supporters who switched to them in 2010 I feel betrayed after they joined forces with the Tories. I hope Nick Clegg loses his seat, his party is as good as over.

Labour – lacking in direction when they should be crushing the other main parties. Sorry but they chose the wrong Milliband brother to lead them.

UKIP – Farage and his cronies? Why would anyone vote for this bunch of racist, Daily Mail supporters with no more than one policy

Greens – My heart says possibly but my brain says no. From what I’ve seen I don’t believe that they have the ability to lead or to influence a minority government

BNP – Fuck off you racist scumbags!

Obviously I can’t vote for the nationalist parties of Scotland, Northern Ireland or Wales as I am in England. I would have gone for the ‘None Of The Above’ movement but then I saw that they propose to actually stand candidates, that goes a lot against the grain for me. So all I hope is that the Monster Raving Looney Party are standing in my constituency or I may simply go along and spoil my ballot paper. The government do record and publish the number of spoiled ballots so perhaps that is the most effective protest that we have in this “democracy” of ours. What do you think and feel free to cast your vote in the poll. 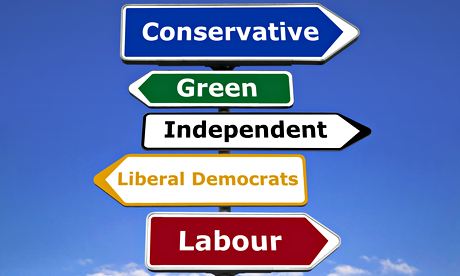 “Einstein can’t be classed as witless, he claimed atoms were the littlest” November 24, 2010 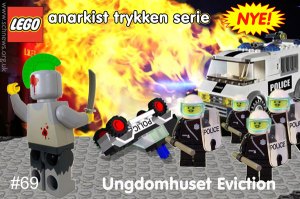 This will be another short post, I promise. Largely because I have imbibed a few units of alcohol while watching a rather dull Champions League game (Glasgow Rangers versus Manchester United) with some new work colleagues in London. Anyway after travelling back to my hotel in the Old Kent Road (yes that’s one of the cheap brown ones on the Monopoly board) I switched on the TV to catch the BBC news. As expected the main coverage was the student protests in London. Click here to read the story 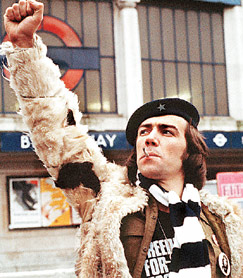 Now as I have said before I very much support the actions of the UK students although I do not condone the violence and damage to property that a rogue element seem to perpetrate. Anyway there was a rather funny clip shown where at the height of the protests, while some idiots were trashing a police van. Why was it funny? Well largely because the young lady interviewed on camera shouted her protest at the government, it was something along the lines of “they will be charging us £9,000 a year, for three years, that’s £21,000” Forgive me for being cynical but that young person really does need an education in basic arithmetic, doesn’t she?

OK amusement over, let’s get back to some music and for today I thought I’d go for a couple of slightly appropriate songs from the late and very definitely great Mister Ian Dury! Ladies, gentlemen and those of you with both bits, please enjoy “There Ain’t Half Been Some Clever Bastards” and “Clever Trevor” Also as many of todays protesters were in fact school kids I thought that you might also like Alice Cooper‘s classic “School’s Out” from 1972 and performed here on the Beebs sadly missed Top Of The Pops show.