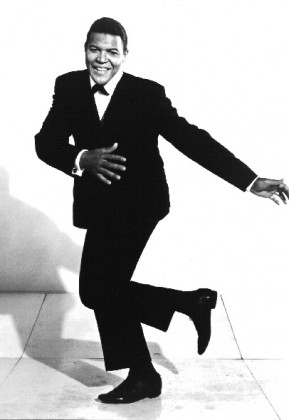 Apparently there is now an App you can use to measure penis size. It comes from Hewlett-Packard and it’s called Chubby Checker. Unsurprisingly the real Chubby Checker is a little upset and he is suing them for $500m for causing irreparable damage to his reputation. Click here to read the story on the BBC website. Personally I can’t see why a tape measure isn’t good enough can you?

Wow has Chubby checked the Checker Pecker? If so then wow, it’s either huge or he is a real braggart!

“They say a secret is something you tell one other person” January 5, 2012 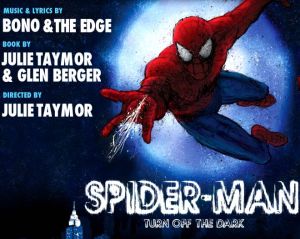 Despite all its false starts, technical problems and the death of Producer Tony Adams it seems that the Spiderman Musical may actually achieve big success on Broadway and beyond. The full title of the show is ‘Spiderman: Turn Off The Dark’ and it was written by Bono and The Edge off of U2.

It grossed $2.9m from 9 shows in its first week which beats the previous record of $2.2m taken by ‘Wicked’ from 8 shows in it’s first week in January 2011. Takings for ‘Wicked’ during Spiderman’s first week were $2.7m. Whilst this is a great start for Spiderman it should be balanced against the fact that it is the most expensive show ever put together for Broadway at $75m. 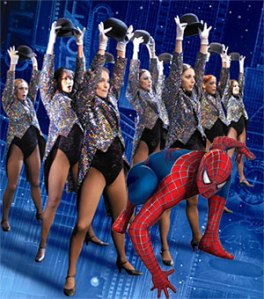 If it remains successful I wonder if it will lead to a whole stack of other superhero related musicals. Perhaps Meatloaf as the Hulk could be an option. What ideas do you have for superhero shows? 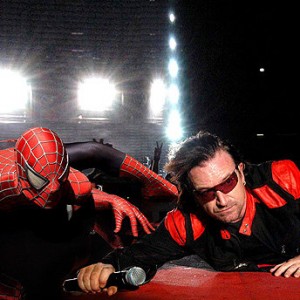 I thought I’d finish this post with a classic and appropriate U2 song which you can watch below on the web! (geddit?)