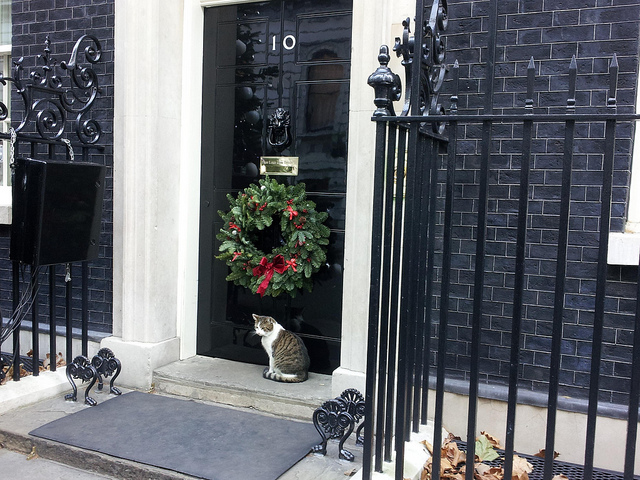 It’s December 10th, therefore it’s day 10 of the With Just A Hint Of Mayhem advent blog posts for 2013. It is also only just over two weeks to the arrival of the fat bearded bloke in the red suit who will fly in on a sleigh laden with millions of presents and pulled by at least one large inebriated (well he has got a red nose) venison steak called Rudolph. So you have by now figured out that todays songs have the number 10 in their titles.

First song of the day today is a 70s disco smasheroo released by Double Exposure on the Salsoul label in 1976. It is called “Ten Percent” and was according to some music historians the first ever commercially available 12″ single. Personally I had always heard that it was either “You + Me = Love” by Undisputed Truth or “Black Is Black” from La Belle Époque. In those heady days of 1976 I was a fledgling mobile DJ in partnership with my good friend Glen Voisey. I actually had the 12″ vinyl singles for all three of those songs at the time! “Ten Percent” made it to number 54 on the US Billboard charts. The band began recording the album that would include “Ten Percent” 38 years ago tomorrow. The album, which was recorded at the famous Sigma Sound Studios in Philadelphia was also called ‘Ten Percent’. In the 60s the band were called United Image and recorded some songs for the Stax label. The band included James Williams, Joseph Harris, Charles Whittington and Leonard ‘Butch’ Davis who had sung together since High School.

The second song for today is in my opinion a great deal of  double entendre riddled and innuendo driven slice of humourous smut, and I love it. It is part of a series of pop reggae tunes from Englishman Judge Dread a former DJ, Debt Collector (for Trojan Records no less),  Bouncer and bodyguard. Ladies and gentlemen and those of you who aren’t quite sure, I bring you “Big Ten”. This song reached number 14 in the UK charts in 1975, which is bloody good considering it was not allowed to be played on the radio. It was the last of six UK top 20 hits that the Judge had between 1972 and 1975. Judge Dread was actually Alexander Minto Hughes and he sadly died in 1998 aged just 52. When I was just a lad two regular Christmas presents that I was allowed to choose from my parents was one vinyl album and one vinyl single. being young and somewhat strapped for cash I always chose a double album as the album present; “Goodbye Yellow Brick Road” (Elton John), “Quadrophenia” (the Who) and “David Live” (David Bowie) were three of those choices. So I would like to publicly apologise to my Mum for being such a conniving little urchin. But more importantly I should apologise for choosing Judge Dread’s “Big Eight” as my single in at Christmas 1973. I was rather amused that my Mum had to go into the record shop and buy it without having any idea that it contained a whole selection of lewd and crude nursery rhymes. Sorry Mum! 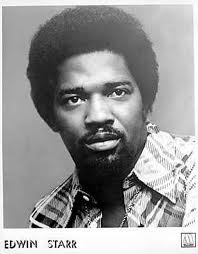 Ho Ho Ho we’re nearly there, you’d better not be bad, you’d better not dare! It’ s December 23rd and Day 23 of my ABC of Motown Advent Calendar. Which brings us to the letter W. This was a tough letter for me I had four songs in mind before I finally selected a song with a real message, it’s “War” by Mr Edwin Starr.

Edwin was born Charles Edwin Hatcher in Tennessee in 1942 and sadly died aged just 61 in 2003 at his home in Bramcote in Nottinghamshire. I never knew he lived in England, but apparently he moved here in 1973. Ironically his death came just a couple of weeks after the start of the war in Iraq. He started his singing career in the late 50s with a doo wop group called the Future Tones. He later signed to the Ric-Tic label where he had his first big hit with “Agent Double ‘O’ Soul’ in 1965 which reached number 21 in the US charts. He became a Motown artist in 1968 when Motown took over the Ric-Tic label. 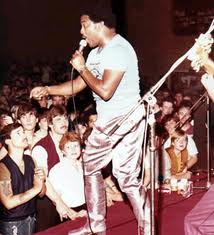 “War” started life as a Temptations album track, but Starr’s version was his biggest hit by far when it was released in 1970 hitting the top of the US charts and going to number three in the UK. Motown and the Temptations were very reluctant to release such a controversial song by one of their most popular acts. But Norman Whitfield who wrote the song with Barrett Strong kept pushing for its release. Eventually Motown offered a compromise and said that it could be released if Whitfield recorded it with another act. He chose Edwin Starr who was seen by many as a second string Motown artist. But for many others, including me, he was seen as a fantastically powerful vocalist. 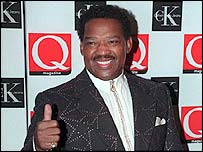 Edwin made the song his own and it became his signature song. Many other artists (including the Jam, Frankie Goes To Hollywood and Bruce Springsteen) have covered it but none have reached the power and impact of Starr’s version. The Undisputed Truth supplied backing vocals on the song and once again those Motown stalwarts the Funk Brothers played the music in another excellent Whitfield production. Incidentally the Funk Brothers also played on the original version by the Temptations.

Enjoy Edwin’s version followed by a Baby Bollox remix of the Temptations original and some covers of this great song, ending with a live perfprmance featuring both Springsteen and Starr. It’s sad to think that the message still resonates today more than 40 years after it was released.